Dec 14, 2021 Dear Mrs.Balaski,
We are sorry your experience didn’t match your expectations. As a company, we consistently strive to reach high standards and ensure client satisfaction is upheld. We understand the above-mentioned issues only have been raised on 12th December as a form of complaint. We will immediately furnish you with our complaints procedure and ensure we deal with all of your questions in a timely manner. If you require any further assistance, please do not hesitate to contact us.
Regards,
deVere Group
Advertisements 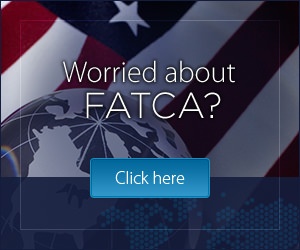 This review is from a real person who provided valid contact information and hasn't been caught misusing, spamming or abusing our website.

Following on from the comments from Devere, I can confirm that this complaint was not originally raised in December 2021. I raised the matter to my adviser in April 2018, when he responded to one of my emails with the following excerpt "I have flagged you as having made a complaint, and the relevant team will now address your concerns." He also indicated that his manager was advised of the matter, was reviewing the correspondence and would respond.

I did not hear from either. Upon moving out of the UAE, I reduced my contributions significantly (to the minimum) and engaged a local financial adviser and tax adviser to assist me in understanding this Zurich insurance policy. It was only then that I fully understood that my fees had gone up exponentially when I agreed to increase contributions for a new initial period. It was only then that I understood that those increased fees would apply for the balance of the policy, even if I decreased my contributions.

This was never fully explained to me.As my circumstances changed (which should have been anticipated by my original adviser when I entered into a 25 year policy) it became clear that I was in the entirely wrong investment product. I asked my adviser to see if there was a way to agree with Zurich to decrease my term, but I was told there was no way, but I could pull out monies from the policy if I needed them. Yes, but I would have to to continue paying the fee (based on a contribution that was 14 TIMES more than the minimum I now paid).

My adviser has asked me to remove this review, but I will not do so until this matter is adequately resolved. Despite the view of Devere, this matter is no where near resolved.

When I lived in Dubai, I was sold a policy so complex that it took significant time for a senior financial advisor and tax consultant in Australia to sort out what fees I was actually paying. As a brand new investor, I should have been told about the complexity and the problems with such a long-term investment.

Even as a lawyer, I did not comprehend just how convoluted and tricky the investment was. For example, I was never told that my fees would multiply exponentially when I increased my contributions. I was just told about the bonus and that I had to pay for 18 months. I should have been told that if I decrease my contributions later, my fees would still be calculated at the higher rate.

Furthermore, I raised this with my financial advisor and asked for his boss to contact me and have been simply ignored. That was years ago. They received full commission long ago, so there seems no incentive to provide customer service or to actually deal with my complaint.

User's recommendation: Thankfully, I never did recommend them to anyone and I never will.

Helpful 1 Not helpful 0
Report
Do You Have Something To Say ?
Write a review